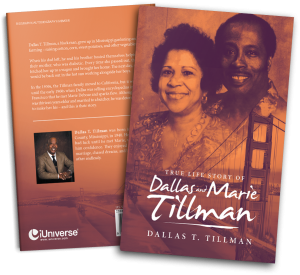 When his dad left, he and his brother busied themselves helping their mother, who was diabetic. Every time she passed out, they hitched her up to a wagon and brought her home. The next day, she would be back out in the hot sun working alongside her boys.

In the 1950s, the Tillman family moved to California, but it wasn’t until the early 1960s when Dallas was selling encyclopedias in San Francisco that he met Marie Debose and sparks flew. Although she was thirteen years older and married to a butcher, he was determined to make her his — and this is their story.